It is good to be home. Not just home-home, but back in the embrace of our KES family of students and staff. I arrived last night at 6:00pm from my eight city tour through Asia and Western Canada just in time to attend the annual Cadet Mess Dinner. Seeing everyone all dressed up and excited for the event was the best return possible. 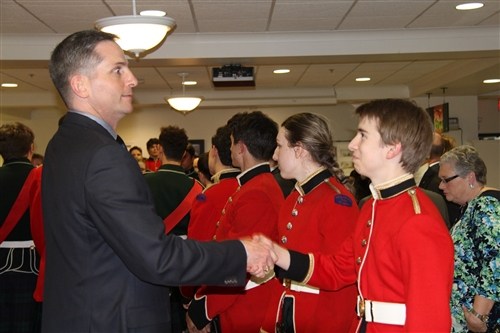 A few thoughts from recent days:

David Bursey (Class of 1992) hosted our alumni reception at Earl’s Test Kitchen in Vancouver. David is passionate about the work he does for Earl’s and is a veritable fountain of facts when it comes to his business. At one point he explained that if one connected end-to-end all the drinking straws Earl’s used in a year, the end product would circle the globe thirteen times. That is a lot of plastic! After testing different types of straws (glass and plant fibre based) Earle’s has decided to do away with them altogether. Thank goodness. I will never look at straws the same way again. Heaven only knows how many times all of McDonald’s straws would go around the Earth.

Chris Strickey and I flew from Taipei to Beijing on a Boeing 777. This is a large aircraft with upwards of 450 passengers and crew. As we approached Beijing the air turbulence was significant, rocking the plane and frequently causing us to drop unexpectedly. Nonetheless we carried on with our approach to the runway. With the landing gear down we were no more than ten feet from touching down on the runaway, and just a second or two from the familiar bump and roll, when the pilot suddenly gunned the engines and we flew down the runaway and took off into the sky once again. He did not trust the rhythm and wobble caused by the wind shear. We circled around and about thirty minutes later landed safely. You know that quantum theory about decision trees and alternate realities? Maybe in an alternate universe this flight was doomed to crash. Who knows what would have happened if he had carried on with his original approach.

In her address to the officers of the 254 Cadet Corps last night, Police Chief Julia Cecchetto and parent of Erin (Class of 2016) and Kenzie (Class of 2018), described her journey as a police officer. She spoke meaningfully about the role of women in policing and the challenges she and others faced. (Who knew that Nova Scotia’s first police women had to carry their firearms in purses?) Attitudes towards women and diversity in the police force have been slow to change. Harassment, unfortunately, is still a challenge. I appreciated her words of advice to the students in attendance. She urged our female students to support each other and to confront anyone who harasses them immediately. A direct “What did you just say to me?” after a lewd comment will be remarkably effective. Likewise, for our boys she asked them to step up when they see harassment. A simple “What did you just say to her?” is often enough to stop harassment in its tracks. It was clear our students were paying attention. That kind of concrete and thoughtful advice can change the course of future events.

This week in Photos 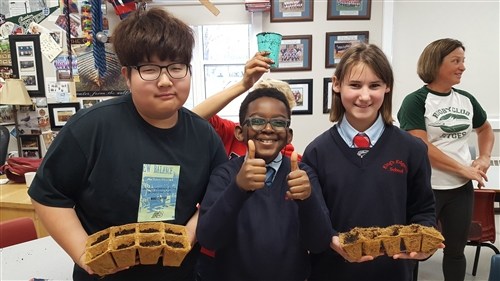