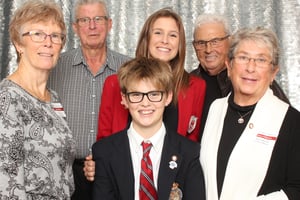 For the last week I have been infused with the joyous energy of our Grandparents’ Day sneak peek of Mamma Mia. The theme song of our autumn musical was performed on stage for us by forty-seven smiling and dancing students. Despite only having a few weeks to rehearse the lines, notes, and choreography, it was obvious to all, that the world’s first high school production of this ABBA sensation is going to be memorable. I am the School’s biggest cheerleader, but I generally don’t sing the praises of our plays until the week of the event. However, this production is going to be a hot ticket not just because the play is so much fun, but we have an exceptionally strong cast of male and female voices. The students and staff will do justice to this play. Book your calendars now and email Janet Naugler for tickets. Show times are November 22nd to 24th.
It won’t be until their winter invitational when we see our new Prep Girls’ Basketball Team play at home, but their season kicks off this weekend with games against Mount Allison and Glendon College. That’s right...our girls’ first games are against top university programmes! I am excited for them and thrilled that our first year, student-athletes have done so well academically and added such positive energy to KES in all aspects of School life. We wish them luck!
The annual CAIS conference for heads of school from across Canada (includes schools from Switzerland and Bermuda, too) is this weekend. Arriving in the host city of Calgary was a bit of a shock. The runways were covered in snow and the skies thick with cloud and sleet. Not a warm reception. However, I took advantage of my early arrival to scoot out to the mountains to see the fall colours (hahaha!). Amazingly, as grey and slushy as Calgary was, Banff was spectacular and a four-hour hike took me up to the golden spectacle of larches (the only coniferous tree to lose their needles). Blue skies greeted me as I emerged out of the forest above the tree line. The brilliant sunshine made me think of Brenda MacDonald (Class of 2017) who, as a Canadian and American champion para-skier, spends much of her life in the mountains. When she graduated, her parents funded a special award called the Bluebird Day Scholarship, so named because of the beauty of clear skies and sunshine in the mountains. This week I had my very own ‘bluebird day’ in Banff National Park. I wish I could have beamed the entire School up to see this rare exhibition of Canada’s natural beauty. Simply breathtaking! Some photos are below.

This week in photos 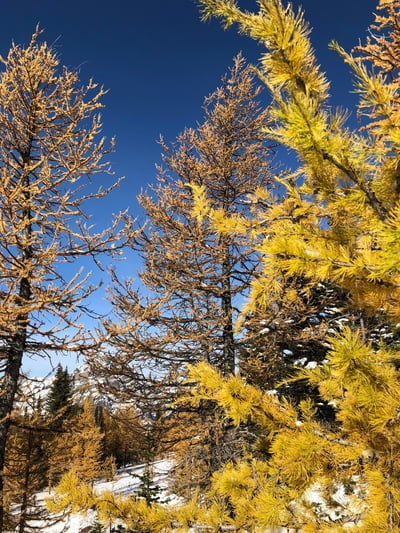