Nova Scotia Wrestlers of the Year

King’s-Edgehill School was well represented at the recent Wrestling Nova Scotia (WNS) Annual Awards banquet, hosted June 9th at Hatfield Farms. As her coaches, Jason Verryn-Stuart and I were very pleased to chaperone graduating student and captain, Téa Racozzi, and Grade 9 student, Bella Turner-Galaise, to receive their WNS High School Wrestlers of the Year awards. Both were Provincial high school champions in their respective weight classes and age divisions. Téa was undefeated in high school wrestling this year and won each tournament she entered. She also had amazing results in her club competitions. Téa lost only one match and that was against the National Champion at the National Under 19 Championship final match in April. She took home the SILVER medal at her first National Championship, the best result from the Nova Scotia contingent, in both gender and age categories. This performance came on the heels of an Eastern Canadian Championship, where Téa defeated last year’s National Freestyle silver medalist and Greco Roman Champion from New Brunswick. 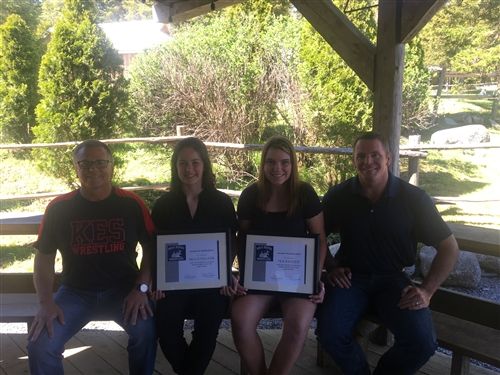 Bella had an exemplary year in wrestling, while playing for the Senior Girls’ Prep Hockey team in the same term. She was undefeated against NS competition all season. Over the March Break, in preparation of the National Championship, she won the PEI Open in three matches taking less than two minutes of total wrestling time. She placed first in the NB Open. She attended her first Nationals and placed a very respectable fifth place in the country. 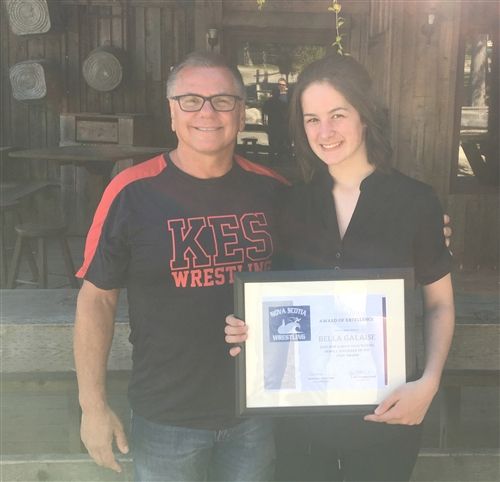 We are pleased that Téa has capped off a tremendous year in wrestling, starting in Grade 9. She has left a great legacy for our KES wrestlers. She has been well respected within NS and the Atlantic Provinces. Téa has garnered attention from the coaching staff at Concordia University and they are extremely excited to have Téa join their team along with their varsity rugby programme this fall. In my communication with her wrestling coach, she is hopeful that Téa will choose wrestling exclusively in her second year. Bella has made a great start to what should prove to be, a very competitive  KES wrestling career. 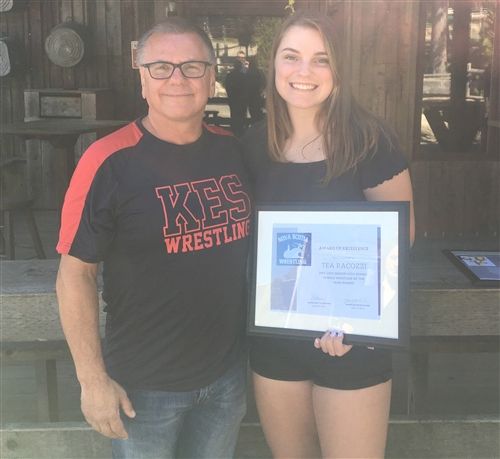 Thanks to both young ladies for their commitment, work ethic and the example they set for their teammates and their peers. Well done, ladies!

As a KES boarding student your child will have the ability to learn more, do more, be more with amazing opportunities including volunteering in a hospital or seniors' residence. You'll find information about this and more in the downloadable PhotoJournal, A Day in the Life of a Boarding Student.