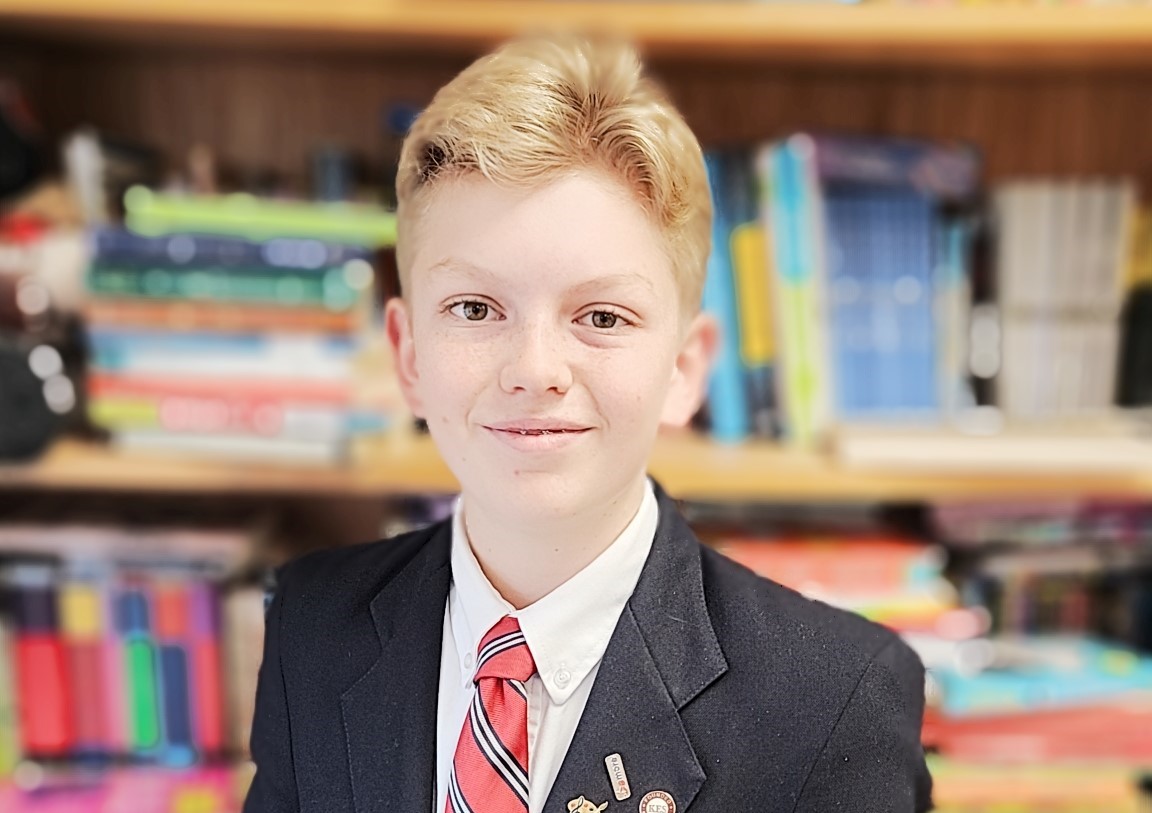 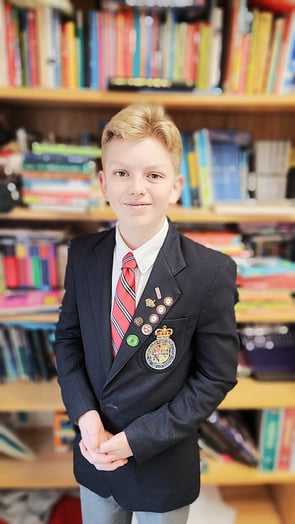 Join Mr. Rory Campbell in the latest edition of Emerging Leaders. We're excited to be featuring Grade 9 student William Larder for the month of December.

For our last Emerging Leader profile of 2022, I spoke with a Grade 9 student who has made quite the name for himself over the last three years here at KES: William Larder ‘26. Will joined us in Grade 6 as a bright, inquisitive young student and avid outdoorsman from nearby Falmouth District School. Over the past three years, Will has grown in both stature, maturity, and as a leader. Always one of the top performers academically, Will has made a real commitment to growth in all facets of School life and is a leader in all four of our pillars. Last year Will was one of the many thespians who stole the show during our Junior School production of The Lion King Jr and earlier this term he also represented KES at a debating competition in Deerfield, Massachusetts, USA. On top of his academic and co-curricular commitments here, Will is involved with the Nova Scotia Keltics Rugby Academy program where he hones his skills and will be a future star on the pitch!

What does leadership mean to you?
Leadership is about doing the right thing. As someone does the right thing enough times, other people start to recognize their integrity and want to follow that person. I really liked a graphic I saw recently that compares a “boss” to a “leader” and I think that idea of working with people and not telling them what to do is really important.

What are some of the traits you think are key for successful leaders to possess?
I think communication skills are really important. Leaders need to be able to listen. If someone is working with a group of 10 others and doesn’t listen and seek input, they are left with only their ideas and not the ideas of 11 people which would be far better. Also, I think competence is important. I think it can be overlooked, but I do believe leaders need to have a certain level of competence in whatever area. They might not need to be experts, but they need to know enough to be credible. Even though its not a ‘trait’ per se, I think a strong support structure is really important for leaders to be successful.

How do you think others see you in terms of your leadership?
I’m not sure how people would describe my leadership style, but I hope people see me as a leader in things that I really value. What I mean is that there are some things that are more important to me, and I put more time into than others and I hope other people recognize the effort I put into those things in particular.

Who is someone you look up to in terms of leadership?
Believe it or not, I’ve never really thought about trying to be like other people so I don’t have one person I really try to emulate. That said, I think there are things to learn from many different people and I try to keep an open mind whenever I meet or learn about someone new.

What are some goals you have for yourself this year?
One of my big goals for this year is to recognize and appreciate the things that are right in front of me instead of waiting for something perfect instead. I love hunting and fishing and when you’re out there you’re not always going to get a grouse sitting on the rock in front of you. Whether its going in trying to take a shot that is not exactly clear when I’m hunting, trying to make a tackle in rugby, or trying something new I want to just go for it, even if it means I might fail a few times, I want to seize the moment.

Since coming here as a Grade 6 student, what do you think has been your biggest area of growth?
Definitely my appreciation for the arts. When I came, I hated the arts; I didn’t like any of it, but by the end of Grade 7 and into Grade 8 I started to realize it wasn’t such a bad thing. After doing the musical last year, my eyes were opened to just how much fun the arts can be. It is one of my best memories at the School so far! This year, too, I’ve had a blast learning to play music with Mr. Simonar.

What advice did you give your sister (Willoughby) who started here this year in Grade 6?
Well, I knew she would love it here, but one thing I suggested to her was to actually be patient. I remember when I started at the school I signed up for every club and activity imaginable, but quickly became overwhelmed and too busy, so I reminded her that she’ll have lots of time to try new things, and she doesn’t have to try them all at once. Of course, when she came back home after our club fair, she was very happy to tell my parents and I about how she had signed up for all the clubs earlier that day!
Thanks for taking the time to chat, Will!