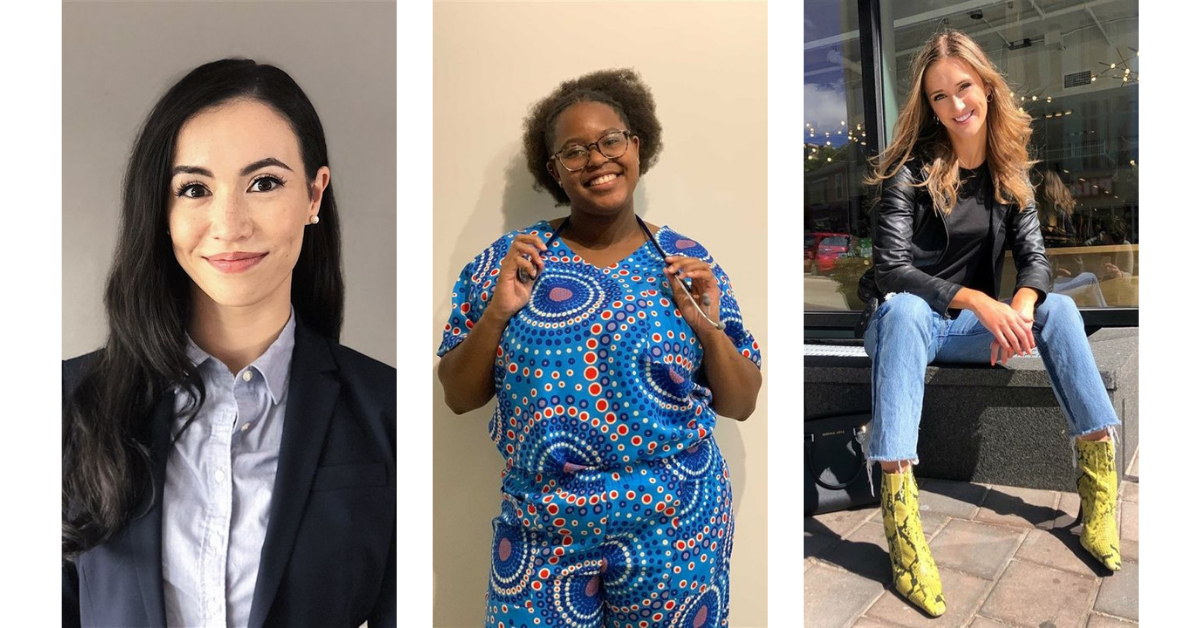 Recently, I was chatting with my great friend and colleague,   Mr. Rory Campbell, about “frontline workers” in the health care system as they face the challenges of “the-Cove”. The future of wellness is going to be exciting, challenging, and vital. We agreed that each of us would reach out to a few of our former students who are studying or working in medicine. He made a call to a few young doctors, while I cultivated the experiences of Alumni who have chosen nursing and other essential services that keep our populations vigorous.
END_OF_DOCUMENT_TOKEN_TO_BE_REPLACED
0 Comments Click here to read/write comments 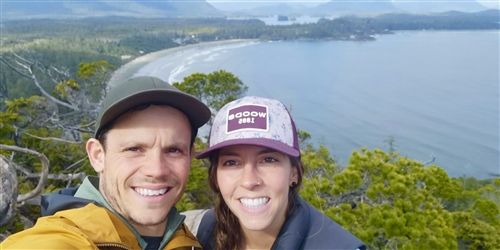 Conversing with   Mr. Ryan Alguire (KES Staff 2015-19)  this week, one can’t help but think that he remains close to Nova Scotia despite being geographically so far away in British Columbia. 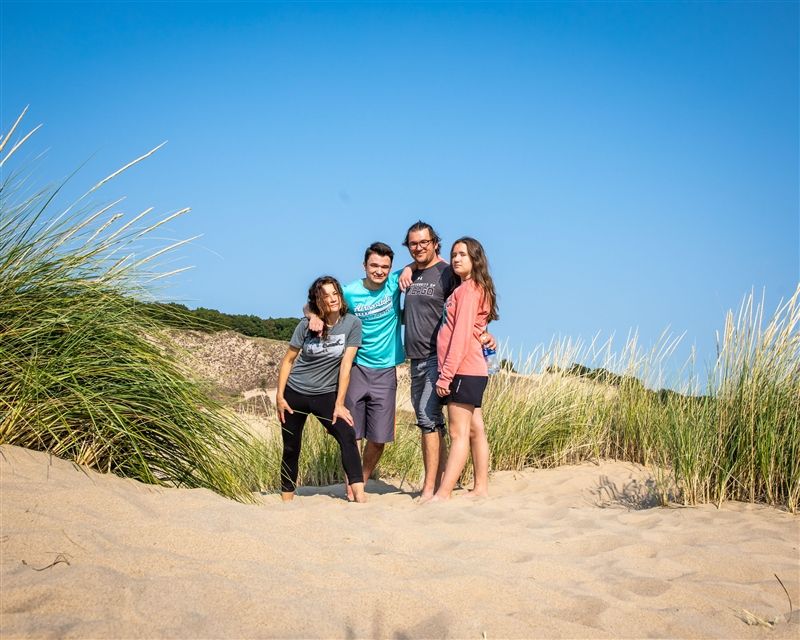 Marek Pramuka (1993-96) is living an American dream, and he traces its possibility back to a single moment in 1993.

“I was a boy and our hockey team was representing Slovakia in Montreal, and I thought that was the dream. Then the Headmaster of King’s-Edgehill, Mr. John Messenger (1990-95), asked me if I would like to come to King’s-Edgehill School. Honestly, I thought he was kidding!”

Mr. Messenger and coach Darcy Walsh (1975-1977; staff 1980-2016) were following the recommendation and advocation of Dr. John Chomay, a Slovakian-Canadian who was devoted to helping boys from his homeland succeed in North America. Dr. Chomay was a professor at McGill University and facilitated the connection. KES invited Marek as he was a strong student as well as an exceptional athlete. This was a high compliment as Marek, at the tourney, was playing on a line with Michal Handzus, who would go on to play over 1000 games in the National Hockey League and win the Stanley Cup with the Chicago Blackhawks. 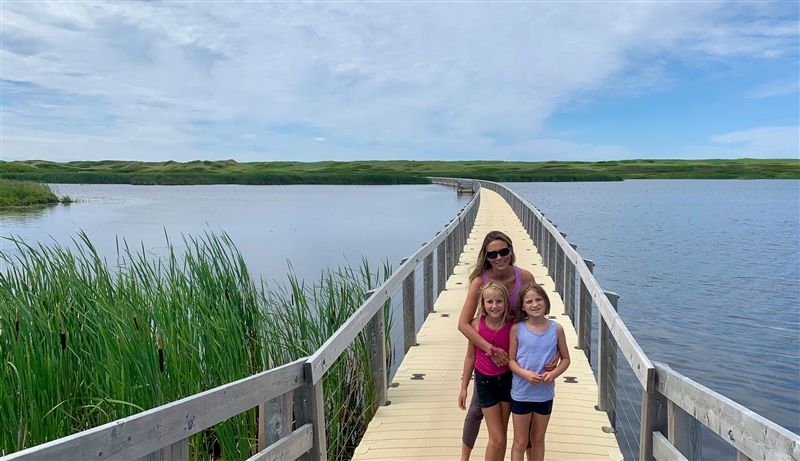 Many of my former students are currently fully engaged in perhaps the toughest and most rewarding stage of life – the years of parenting young children!  This week I had a chat with Lisa about the exciting years of parenthood and balancing a vibrant career with family life.

The accomplishments of our students are always a source of pride and celebration here at King’s-Edgehill. These accomplishments can vary from provincial championships in sport to personal bests on tests and everything in between. Regardless of what the actual accomplishment is, each individual student’s success is something that our entire School can take pride in. The same is true of the accomplishments and successes that our former students achieve years after graduating from King’s-Edgehill School.
END_OF_DOCUMENT_TOKEN_TO_BE_REPLACED
0 Comments Click here to read/write comments 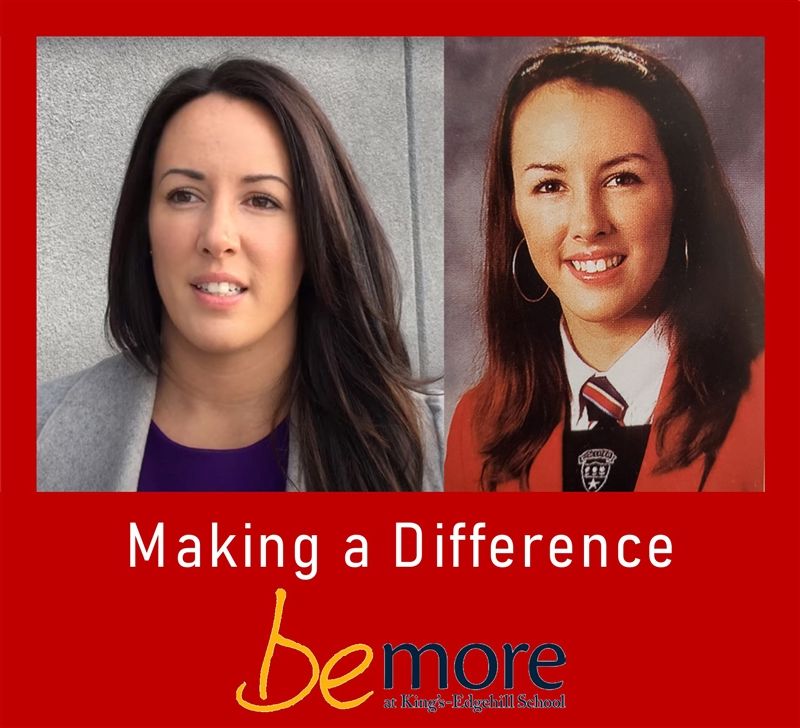 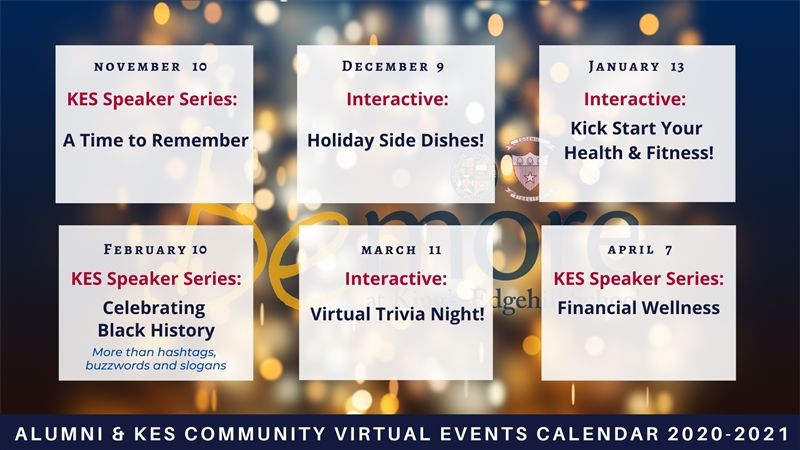 We may not be able to gather in person right now but that doesn’t mean we can’t bring our KES Advancement and Alumni events to you! This year the Advancement and Alumni Office has created free virtual events for our Alumni, Parents, Family Members, Faculty, and Friends of KES. Browse our 2020-2021 Virtual Event offerings and register online!
END_OF_DOCUMENT_TOKEN_TO_BE_REPLACED
0 Comments Click here to read/write comments 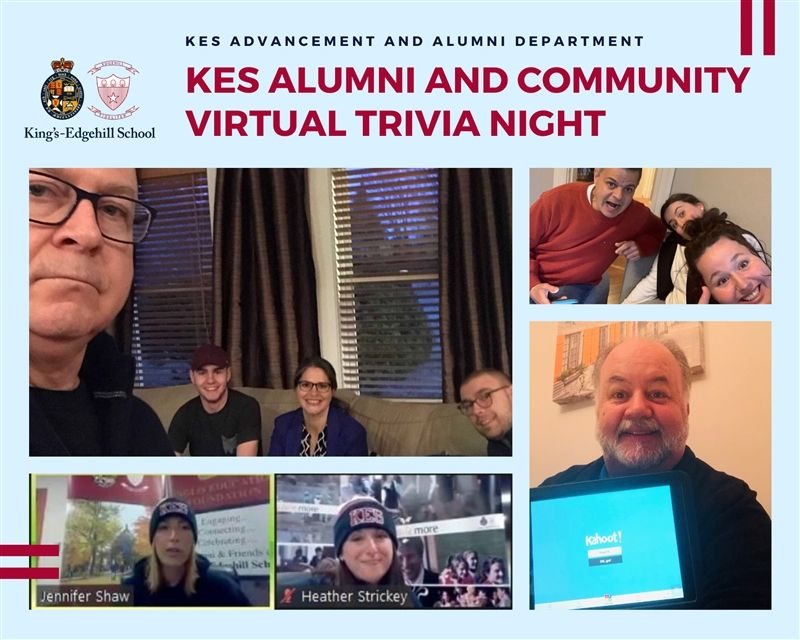 On Thursday, May 7 th, we had over 50 KES Parents, Alumni Parents, Grandparents, Alumni, Students and Staff join together to participate in the first KES Virtual Trivia event hosted by the Advancement and Alumni Department. Although COVID-19 has prevented us from meeting in person, we refuse to give up on meeting as a KES Community! 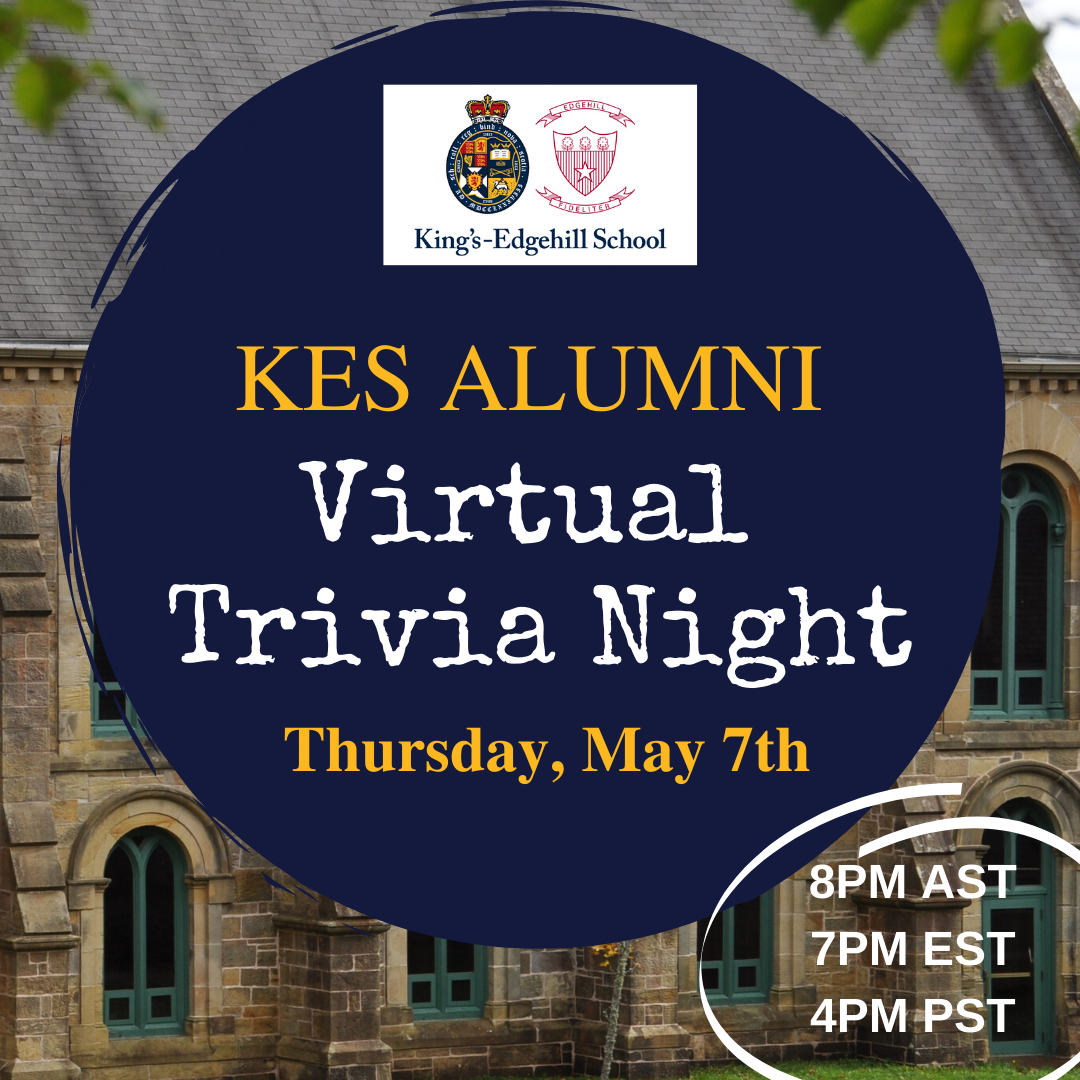 The KES Advancement and Alumni Team is excited to announce that we will be hosting our first-ever Alumni Virtual Trivia Night and you’re invited!
Parents (past and present), Grandparents, and Faculty Members are invited to join KES Alumni for a friendly round of trivia and the opportunity to bring our School Community together remotely. There will even be a KES Swag prize for the person with the most points! 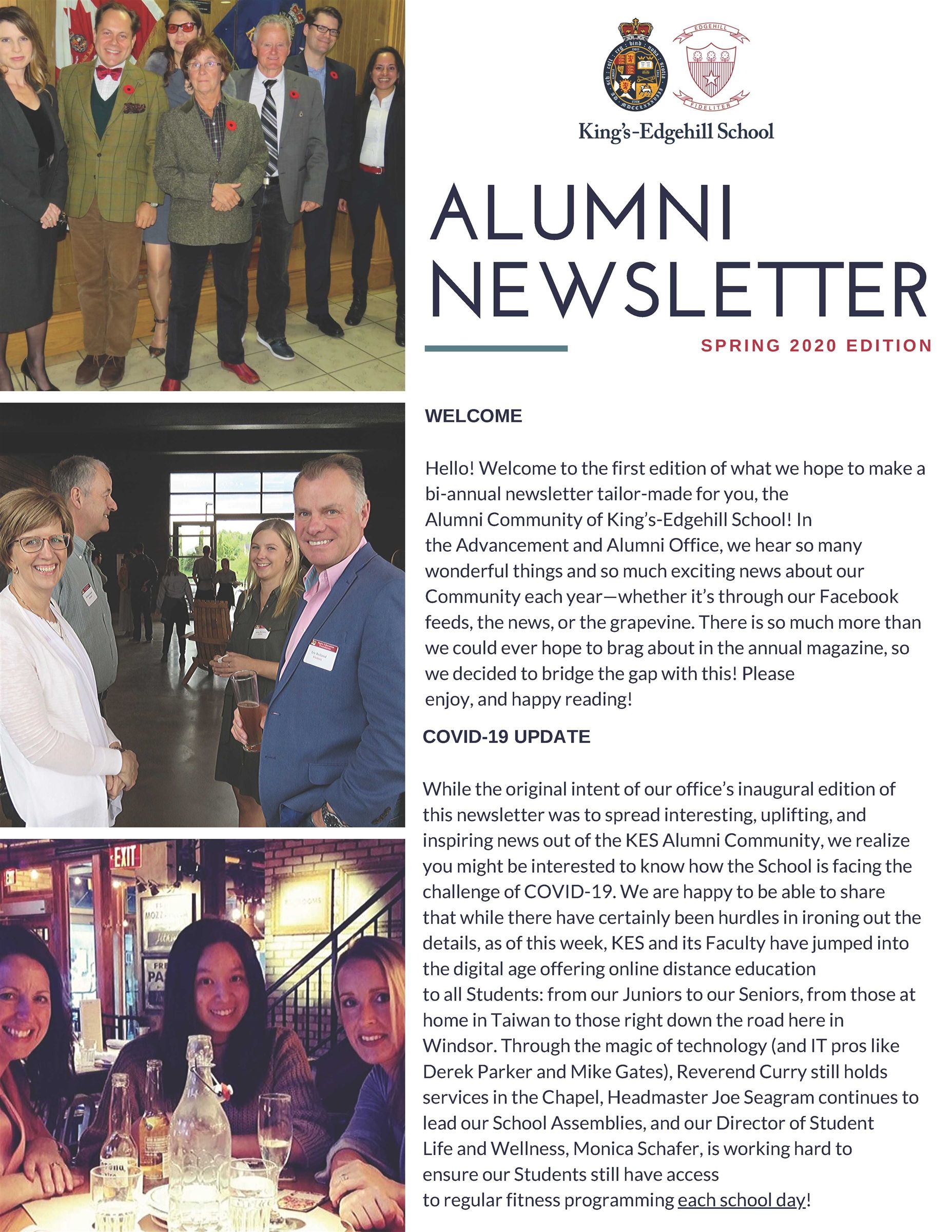 In the Advancement and Alumni Office, we hear so many wonderful things about members of our KES Alumni Community throughout the year—whether it’s through our Facebook feeds, the news, or the grapevine. This is why, over the past few weeks, we’ve been working hard to produce the first-ever edition of our Alumni-focussed bi-annual newsletter. We are so proud of all the achievements and stories we had to share, that we want to make sure the rest of the KES Community has an opportunity to read it as well. As you approach the end of your Netflix watch-list, please check out our  Spring 2020 Edition.It is jam-packed with updates, information about upcoming events, and more. Click   HERE  to access it, and feel free to share and comment!
END_OF_DOCUMENT_TOKEN_TO_BE_REPLACED
0 Comments Click here to read/write comments

Previous All posts Next