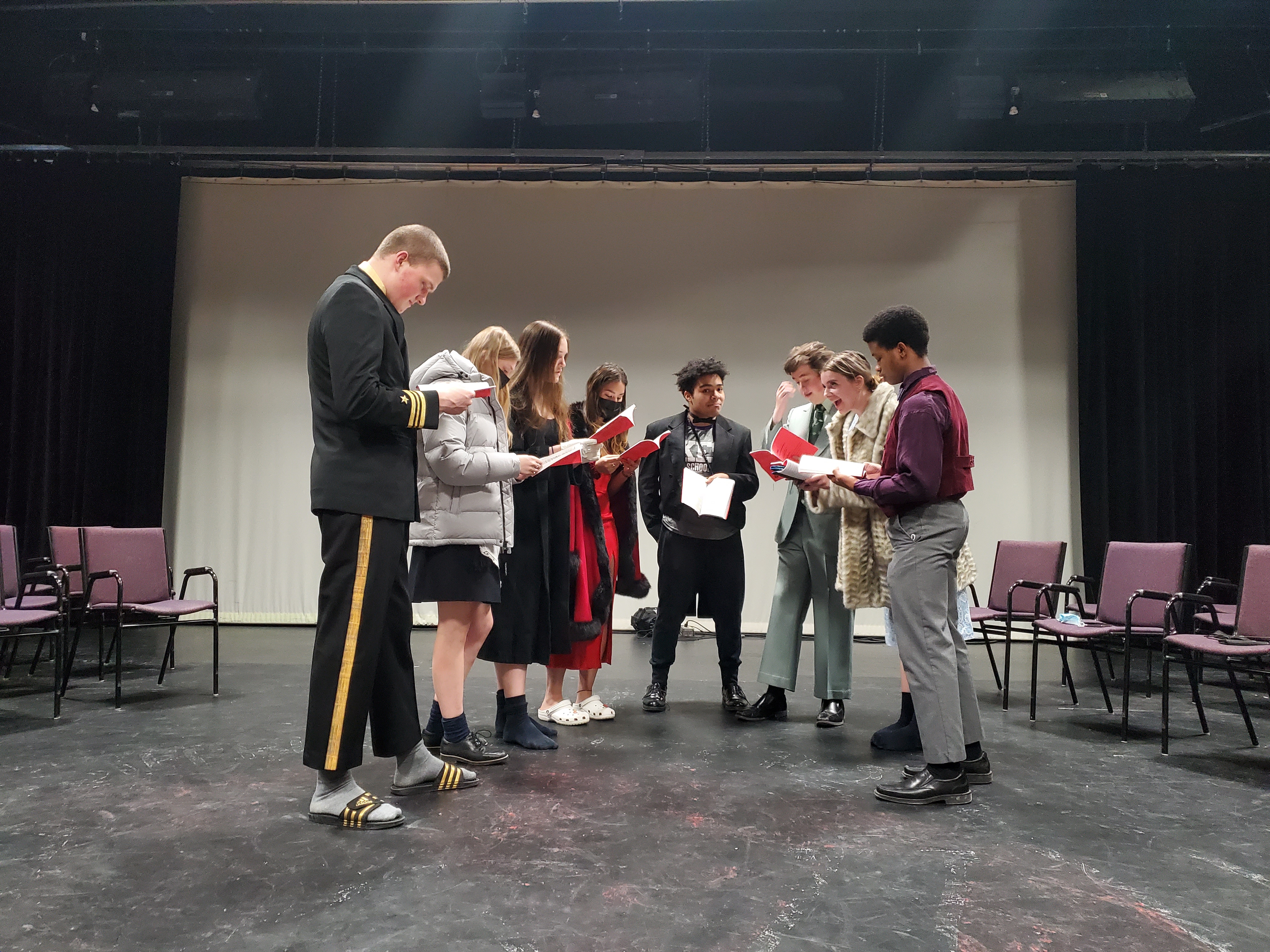 It’s a dark and stormy night, and you’ve been invited to a very unusual dinner party. Each of the guests has an alias, the butler offers a variety of weapons, and the host is, well… dead. So whodunnit? Join the iconic oddballs known as Scarlet, Plum, White, Green, Peacock, and Mustard as they race to find the murderer in Boddy Manor before the body count stacks up. Based on the cult classic film and the popular board game, Clue is a madcap comedy that will keep you guessing until the final twist.
END_OF_DOCUMENT_TOKEN_TO_BE_REPLACED
0 Comments Click here to read/write comments 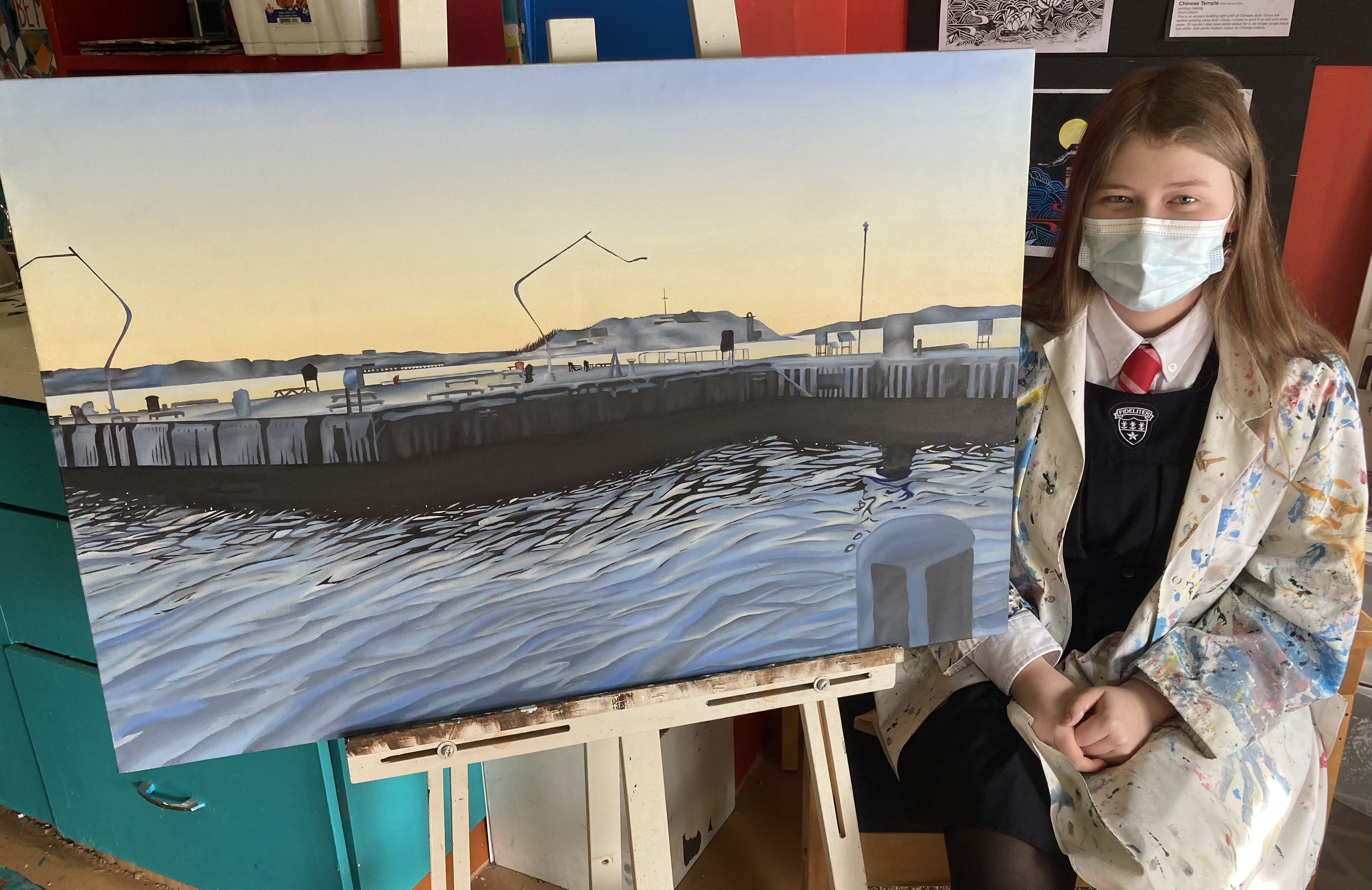 Our Grade 12 students in the IB visual arts and the academic art courses have come together this term to complete the International Baccalaureate visual arts program. The students are preparing for their final exhibition and exam which will take place in April.
END_OF_DOCUMENT_TOKEN_TO_BE_REPLACED
0 Comments Click here to read/write comments

Junior School students have been hard at work rehearsing for   The Lion King JR.  Performances will be on   April 8 at 7:00pm and on April 9 at 2:00pm and 7:00pm. Tickets are $10 for general admission and children 12 and under are free. Tickets will be available at the door before each performance. The 60-minute musical is based on the Broadway production directed by Julie Taymor and the 1994 Disney film.
END_OF_DOCUMENT_TOKEN_TO_BE_REPLACED
0 Comments Click here to read/write comments 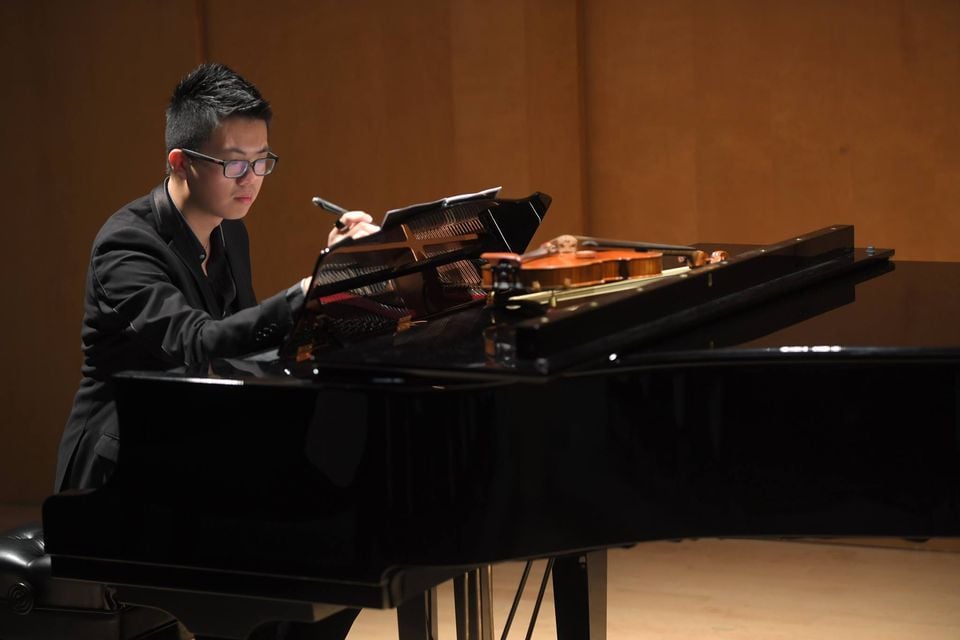 Fortunately, good schools are increasingly prioritizing the encouragement of diversity and inclusion. I recently had opportunities to contemplate plans of action with colleagues and students as we move forward with curriculum and extra-curricular strategies to ensure our community is aware of the nature of stereotypes and oversights. Even with the best intentions, we are all vulnerable to misconceptions. Perhaps this is why a recent Facebook post by Hsiu-Ping (Patrick) Wu ‘14 caught my attention and popped with prescience.

Patrick is an award-winning composer and violinist. He currently studies in Boston; however, he considers Halifax home. As a Taiwanese-Canadian, he eloquently expressed his perspective in a recent post:

“A colleague of mine recently asked me, ‘Can your music sound more Asian? Maybe add some pentatonic in it?’ I have studied western classical music, as well as traditional Chinese and Indian music. Should my music sound Asian? Should everything that comes from me be considered a part of ‘Chinese music?’ Can it not be simply Patrick Wu’s music?"

The past year-and-a-half has forced many of us to be creative within the walls of our own homes in order to cope. I found myself finding solace and recreation in music, turning to the piano. However, for those whose livelihoods depend on performing, the pressure was on to adapt! I recently reached out to an experienced professional – Ian Janes ‘95, and it is evident that he is improvising as any great musician would.

Ian has always been creative as a singer, songwriter, and producer. Recently, he released a splash of creativity that is paradoxically retro yet progressive from an artist who is adjusting to the times in which we live.

Ian says it as succinctly as a well-placed musical note when describing the ever-changing music business: “The digital stays forever and for never, so I had to find a way to share my music, my way.” Ian’s new project tries to find the balance between the digital and the tactile with the release of Episode 5. His fifth album features a physical companion book of lyrics, photos, and narratives about the creative process, and Rolling Stone France took notice: "The album is authentically divine…Episode 5 is undeniably his best work yet...Ian Janes knows how to write songs that sound like classics, and he keeps getting better.”

“I was finding, as an artist, I was creating things with no physical manifestation; I wasn’t satisfied. I grew up digesting album art and lyrics. I decided to try a new way to deliver my music…that’s why I am including the book…think of it as an extended and more elaborate album art. There is something about offering a physical product that feels closer to my personal style, an actual real thing in addition to the music itself,” says Ian. “A break from the screen, something to do with your ears, eyes and brain while you listen to the music.”

All musicians are adjusting to an industry that quickly transitioned from something that people paid to own into something people no longer pay anything to “own.” That’s a tough way to make a living; however, Ian is in the circles of success, recently collaborating with promising young artist Kylie Frey. Their song “I Do Thing” recently went to the top of the country chart in Texas. Ian also had one of his songs prominently featured on the CMT TV show 'Nashville' (Season 5-Episode 11).

Before the shutdown, Ian travelled to both Nashville and Los Angeles up to 5 times a year working with a variety of industry professionals. In fact, in mid-March, when the pandemic hit, Ian was booked to head back to Los Angeles to follow up on some opportunities sparked during a January 2020 trip. 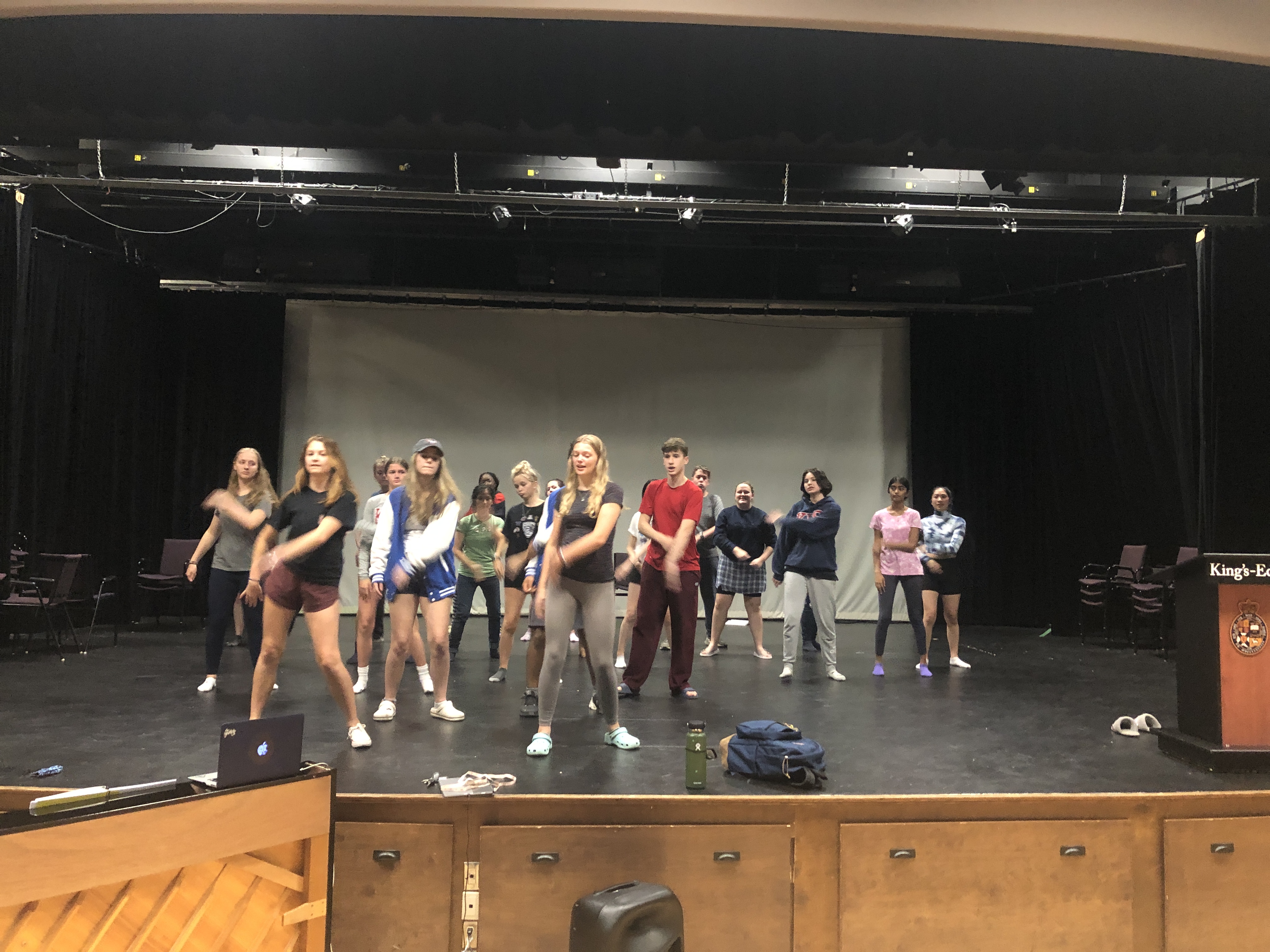 Senior school students have been hard at work rehearsing for the upcoming musical, Heathers. The production is a dark comedy that deals with matters affecting teens including bullying, suicide, manipulative relationships, and mental health issues. A student favourite, parts of the show have been revised to best suit a school environment. 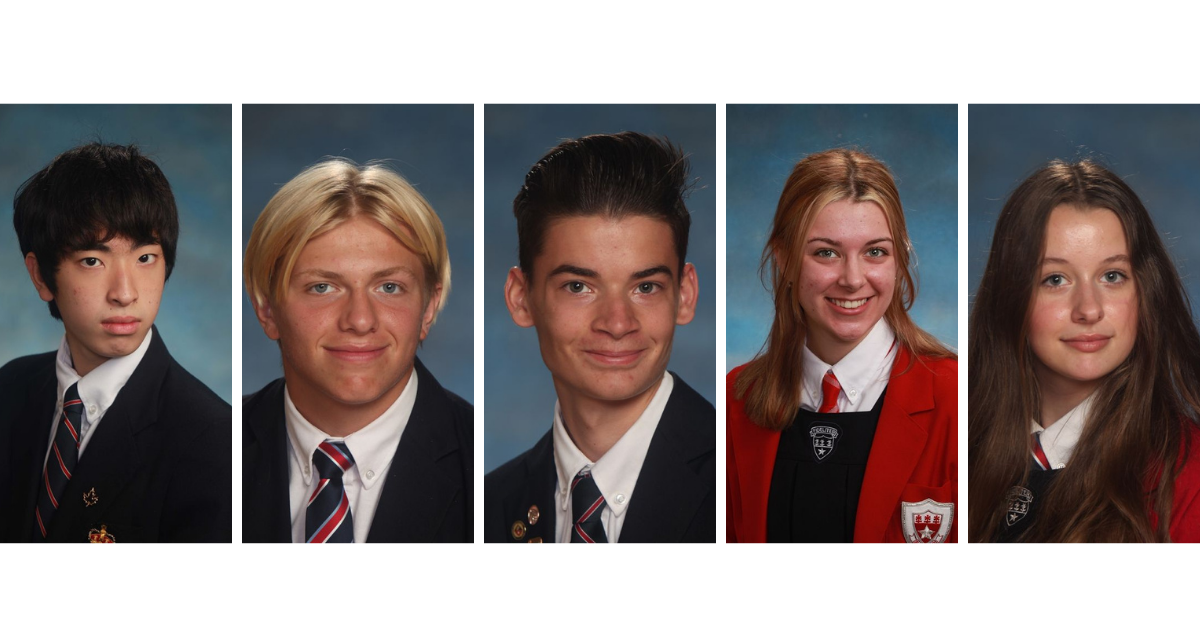 I am suspicious of seeing cell phones in my classroom, but I don't always see them when they're being used because kids are crafty. In this case, recently I received an email from   Hannah Koopernaes (Grade 11)  with an audio attachment. After her IB music class finished uploading the required material for their course assessment, the group turned to having some fun learning a couple of tunes for what was then expected to be a 'live' Arts Gala, as  the "house band". In doing so, we began working on a few different songs, one of which features the oboe. Okay... we have one of those in our collection, played by Mitchell Larkin (Grade 11). So, as the group attempted to play the piece, during the second run-through of the song, Hannah had the idea to record it on her cell phone so that she could have it to practice with after class. She sent it to me a couple of weeks ago when schools went into lockdown, just out of interest’s sake. This recording is raw, but delightfully transparent in exposing a natural occurrence in the process of learning a tune as a group. This will hopefully give you insight into exactly why I love my job. But nevertheless, I will remain suspicious of the cell phone in times ahead!
END_OF_DOCUMENT_TOKEN_TO_BE_REPLACED
0 Comments Click here to read/write comments

The Coalition for Music Education launched Music Monday in 2005. Held annually each May, it is one of the world’s largest single events dedicated to raising awareness for music education. This year, a one-hour virtual concert featuring some of Canada's premiere ensembles was published on YouTube and Facebook. One such group featured was the National Youth Band of Canada, comprised of accomplished instrumentalists from across the country.
END_OF_DOCUMENT_TOKEN_TO_BE_REPLACED
0 Comments Click here to read/write comments 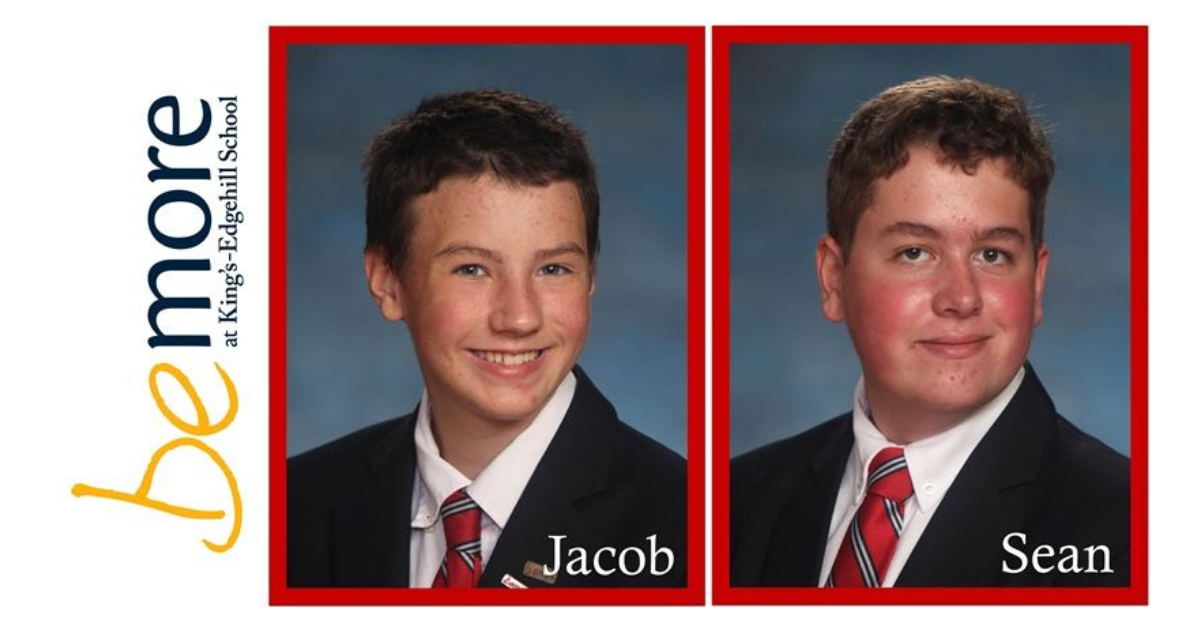 In pre-COVID times at KES, there were expansive opportunities in the performing arts. With specific regards to music, there were concert band, jazz band, pit bands, multiple small combos, choir, bagpipe band, cadet band, soloists and collaborations of every kind, not to mention an ensemble at every grade level 6-12. Instrumental and vocal music was usually found everywhere on campus and beyond, all day and evening long. The past year has been different, as we are all aware. 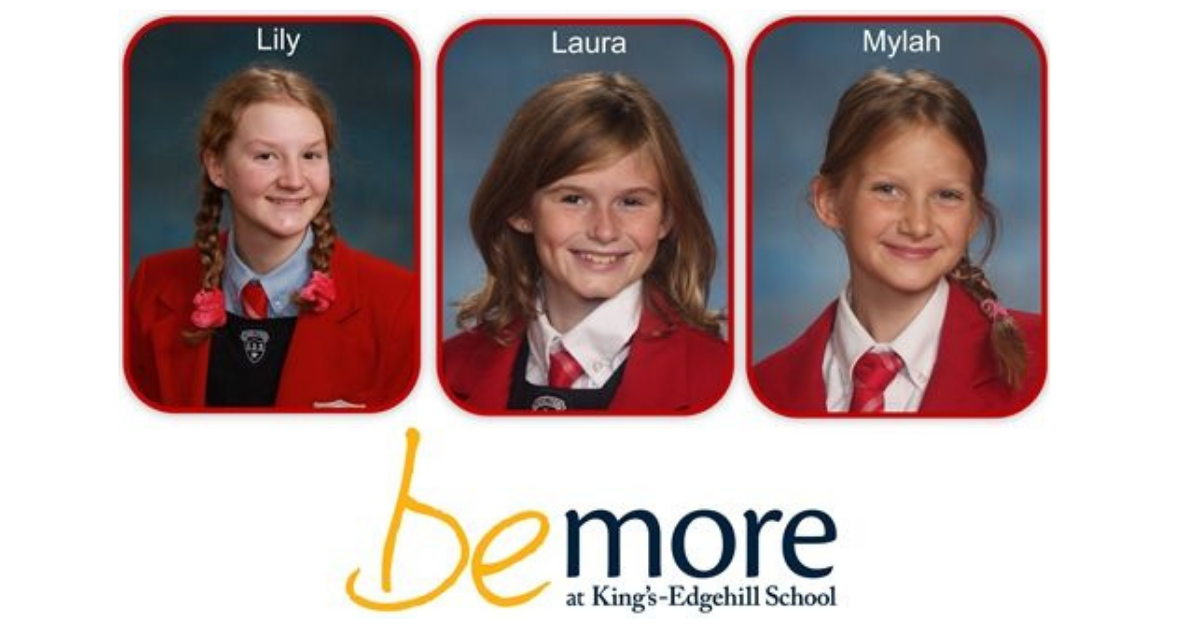 Wednesday mornings always begin with an assembly of the junior students, where important information is shared, and quite often there will be an event of some kind. This can range from a competition, to games, and of course, recitals of music or dance. Three Grade 6 girls, Lily Blois, Laura Oulton, and Mylah Simpkin, collectively thought it would be fun to choreograph their own dance routine and present it three weeks ago.